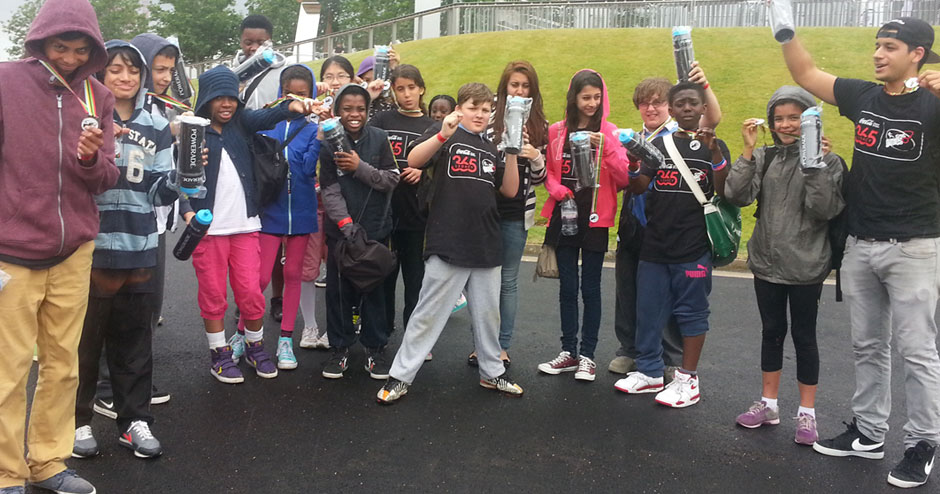 Youth groups from around London were awarded cash funding to launch their own local community projects, after pitching their projects as part of ‘City Pitch’ – a joint initiative with the Santander Foundation, and the Mayor’s Fund for London delivered in partnership with London Youth.

Dragon Hall was awarded £700 with our pitch for funding to go towards our Radio Active 101 Project!

The groups took their proposals to ‘City Pitch’, to persuade a judging panel for a share of the £10,000. The panel included Deputy Mayor of London – Victoria Borwick; Keith Moor, Trustee of Santander Foundation; Iqbal Wahhab, OBE – Trustee of the Mayor’s Fund for London; Rosie Ferguson – Chief Executive of London Youth, and Rebecca Roper, a young ‘voice’ representing the Mayor’s Fund for London.

Victoria Borwick, Deputy Mayor of London, and panel member says: “I have been incredibly impressed with the entries we have received for City Pitch, in its first year. These projects are well deserving of this funding, and it is great to see young people inspired to get involved.”

Rosie Ferguson, Chief Executive of London Youth, said: “We hear too many negative stories in the media about young people causing problems in communities, and not fulfilling their potential. Opportunities like ‘City Pitch’ help turn this round, giving local youngsters the chance to show that they can make a difference and work with each other, and older people within their community, to make things better for everyone. I can’t wait to see their ideas in action!”

The final six groups for City Pitch were:

• Dragon Hall (Camden): a media project to expand its own Radio Station and develop a training programme for young people to produce their own content.

• hAPPy (Youth groups across London): A Mental Health Project – developing a new app to bring together services already existing for young people including a panic button.

• DOST (Newham): an intergenerational project looking at bringing youth people and older people together to share skills and work on projects together.

• St Marys (Islington): An Inspirational Youth project including an event to inspire young people and attract more to their youth club.

• Dare London (Youth groups across London): London Youth’s Youth Advisory Board launching a project to give young people a platform to voice their opinions and awareness of youth work.

• Hackney Quest (Hackney): A project on employability and exclusion – to help support more young people into work, build a career, and get away from the negative stereotypes attached to young people in Hackney.